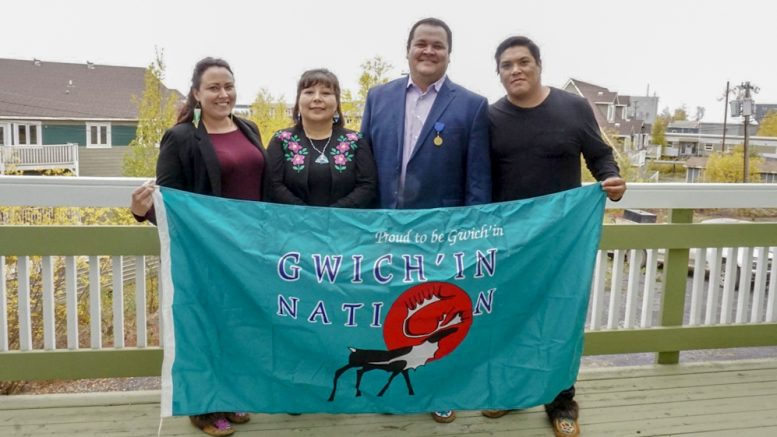 It’s the 29th anniversary of the signing of the Gwich’in Comprehensive Land Claim Agreement.

“We celebrate to honour our Gwich’in rights in areas such as land use and land management, harvesting, economic benefits and the preservation of our culture and our language,” says Kristine McLeod, the deputy grand chief of the Gwich’in Tribal Council.

The GTC posted on social media that every year since, the Gwich’in Nation has celebrated the signing. Unfortunately, celebrations weren’t possible last year due to the COVID-19 pandemic.

That isn’t the case this year.

There will be barbecues and/or traditional food plates available for pick up in each Gwich’in community.

In Inuvik, the food will be available at the Nihtat Gwich’in Council offices. They will also be delivering plates to Elders.

In Tsiigehtchic, Teetł’it Zheh and Aklavik, the events will be outside of their designated Gwich’in organization offices.

Finally, in Yellowknife, pick up will be available at the GTC’s local office on 49th Street.

“The future for the Gwich’in going forward is very bright,” says McLeod. She added the GTC has many projects ongoing including self-government negotiations, as well as initiatives to preserve and revitalize language and culture.

“The future of the Gwich’in Nation is determined by our Gwich’in participants,” she says, and invites Gwich’in members to get in touch to share their input.