A sculpture by John Sabourin. The $3,200 piece was stolen from the Edmonton Gallery on April 14 along with eight other pieces of art from NWT residents. (Photo courtesy of Alberta Craft Council)

Nine pieces of Northern art have been stolen from a gallery in Edmonton.

Eleven pieces of art were taken in total, with most of them being from NWT artists. Damage was done to the building infrastructure and equipment was also reported to be stolen.

“It has been a challenging year for artists,” she said in the social media post.

“Following Alberta Health measures, our exhibitions have been closed to the public and our shop continues to operate at a limited capacity, which has negatively impacted our artists for over a year.”

Work by Michel Labine, Dorathy Wright, John Sabourin, Delia Cepoi, April Glaicar, Amy and Tanner Skrocki was either stolen or damaged during the break in. 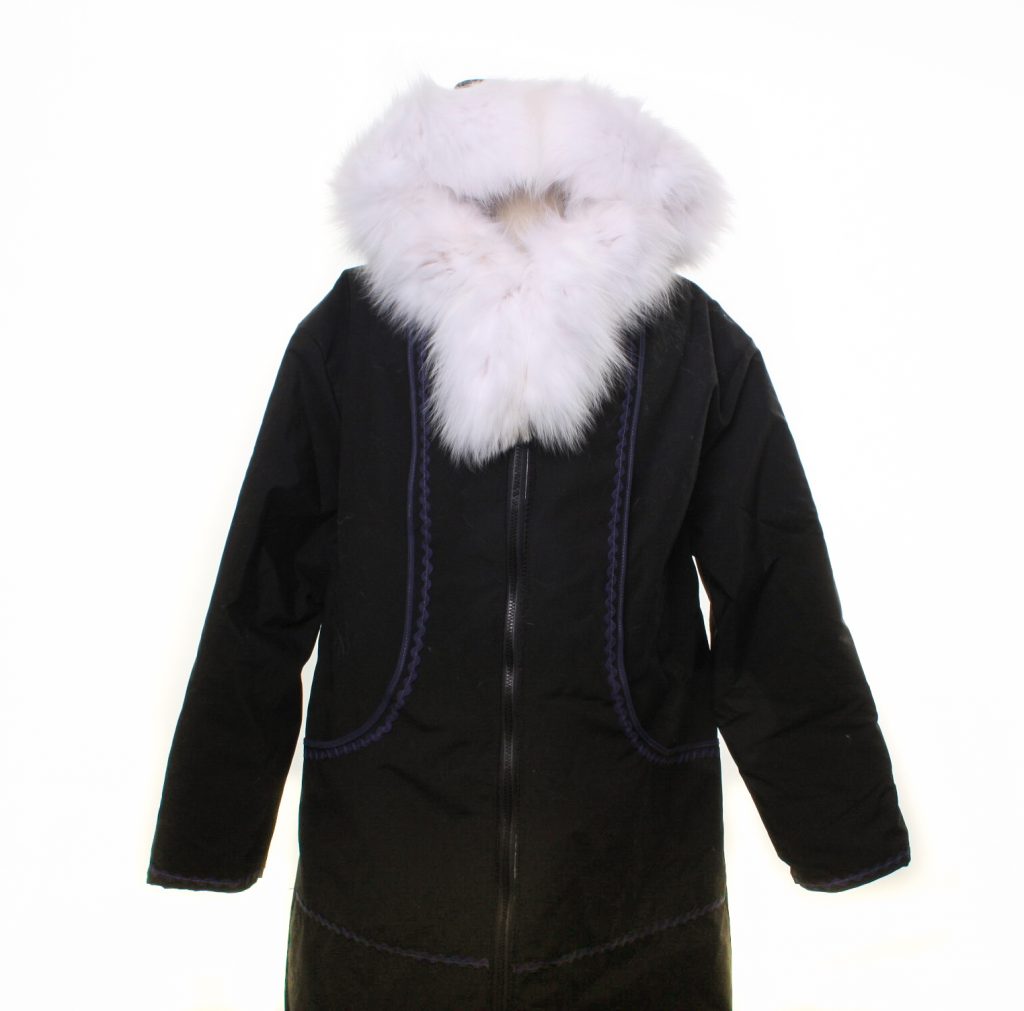 A child’s parka by Dorathy Wright of the NWT. It was stolen from the Edmonton Gallery on April 14 along with eight other pieces of art from NWT residents.
(Alberta Craft Council photo)

Johanna Tiemessen, manager of NWT Arts, said that her organization worked in collaboration with the craft council and the Craft Council of the NWT to get the artists work displayed in the south.

“One of our goals within the program is to search out new markets,” she said.

“For the past couple years, we’ve been building towards developing an exhibit and sale with the Alberta Craft Council. We were planning to have this exhibit last year but postponed due to the pandemic.”

Tiemessen said despite the theft, she hopes to continue to build partnerships with craft councils through Canada to display the work of NWT artists.

“Not only is it a way to reach new markets but it’s a celebration of NWT art and the diversity that is here and it’s also a way for them to be awarded a prestigious next step to getting their art of the territory.”

The show in Edmonton was a juried show, Tiemessen explained. This means applications came in and not everyone had been accepted for the show, but when a work is of a certain caliber and quality to “take that next step”, it is then displayed.

Although it was an unfortunate incident, Tiemessen says that this is why insurance is put in place and a risk is taken any time pieces get put on display.

The craft council said that they would pay artists the value of their stolen work.

There is an ongoing investigation for the theft with the Edmonton Police Service. Anyone with information is asked to contact Crimestoppers at 1-800-222-8477 or to contact the council directly at news@albertacraft.ab.ca.