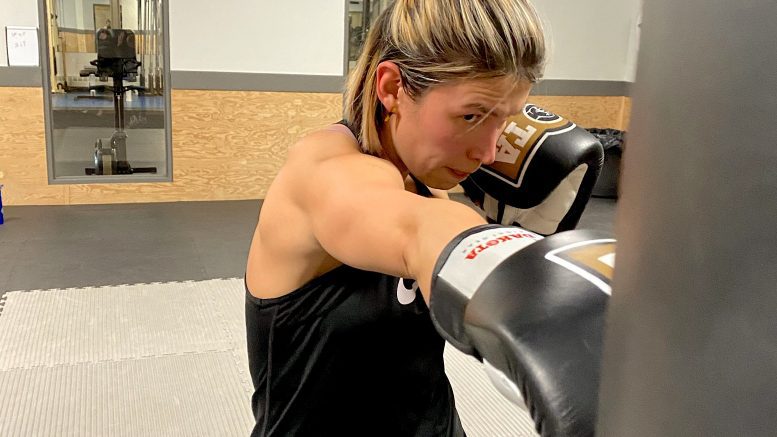 Life growing up for Peterson was difficult and fitness was one outlet that really made a difference in her healing journey. 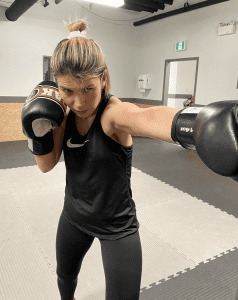 Prior to getting sober, she remembers a life of chaos.

Peterson has been sober for four years.

As an Indigenous woman, she says it helped empower her, above all else.

“I’m humbled in my experience,” she says.

Now that the NWT has a governing body for Boxing and Kickboxing, residents can look forward to competing nationally.

“I hate to say it, but I am a very competitive person.”

She says growing up with three brothers really piqued her interest in the sport from the start.

“(It) has taught me the value of hard work and discipline,” she says, “I would love to see more Indigenous women and men come out and try it out.”

Peterson says, “there’s healing in this.”

The future of sport in the North

John Stanley is the president of the Boxing and Kickboxing association of the NWT and will be responsible for the future of the sport.

“We’re looking to make a big impact on the sport,” he says.

Stanley’s gym has been open to the community since 2010, and although he only had about 100 athletes at the time of the application process, he says he wasn’t going to let that stop him from gaining territorial recognition.

Bill Othmer is the executive director for Sports North Federation.

He says, ” We look forward to working and supporting the association in the development of sport, athletes, coaches, officials, and volunteers.”

In addition, Stanley wants to create more clubs and scatter them all over the territory, “so that we can compete not only locally, but we can have people representing the entire territory.”

He is currently looking into opening another gym in Fort Smith.

Stanley is working towards getting his athletes ready for the 2023 Canada Games competition in Wood Buffalo, Alta.

“We’re going to put the Northwest Territories on the map in combat sports,” he says. “We have a lot of athletes here, that really want to do this . . they’re just waiting for the opportunity to compete.”

Stanley wants to encourage Northerns to try something new and get out of their comfort zone.

“We just really want to build a sport and we want it to be for everybody, not just for people in Yellowknife.”

‘Building your spirit up’ 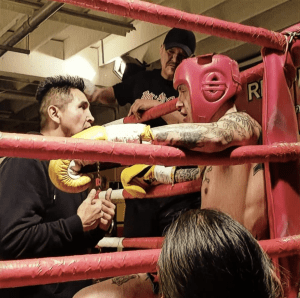 Much like Peterson, Three Suns is another example of martial arts benefiting the mind, body and soul.

Something he’s dedicated over 11 years of his life to practicing.

Since retiring, he has dedicated his practice to educating children on the mental health benefits of the sport.

Three Suns is from Siksika Nation in Alberta.

Three Suns took his childhood experience and made it his responsibility to ensure youth have an outlet for their trauma.

“I didn’t have a very good upbringing,” he says.

Growing up, Three Suns experienced both personal and intergenerational trauma.

He remembers his time in the day school system,” coming back and then going back into the system again and then bouncing from home to home to home.”

Three Suns never knew his mom and dad, until about 14 years ago.

“I utilize Muay Thai to assist me in dealing with my anger. . .  to establish that balance.”

Like Peterson, he says there’s more to it than the physical experience.

“There is a spiritual component,” he explains, “you’re building your spirit up to balance out the physical, mental, emotional components of your life to the different exercises.”

He now owns and operates Siksika Muay Thai gym in Alberta, dedicated to educating underprivileged children on the relationship between sports and mental health.

Three Suns is looking forward to the new athletes coming from the North and the exciting growth that follows the association in the NWT.

Dene Talk: A new podcast on the exploration of identity, Indigenous storytelling