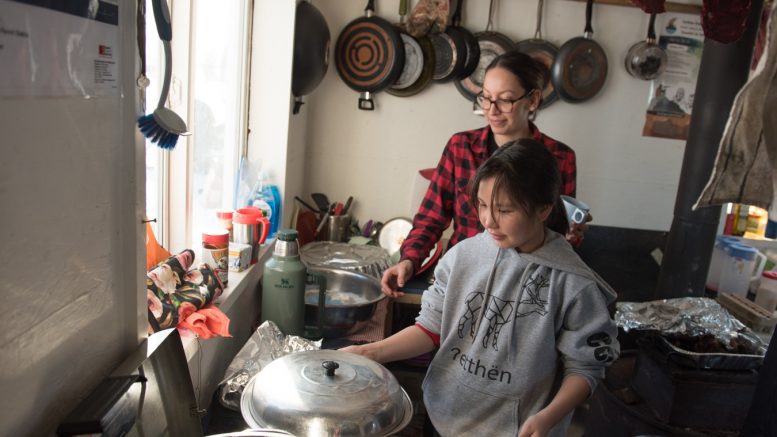 Four students from Lutsel K’e Dene School spent about a week on the land near Ɂedacho Tué (Artillery Lake) in mid-March.

CKLB spoke with nine-year-old Serena Michel about her experience, and organizers about the importance of including on-the-land activities in education.

Listen to that story below. 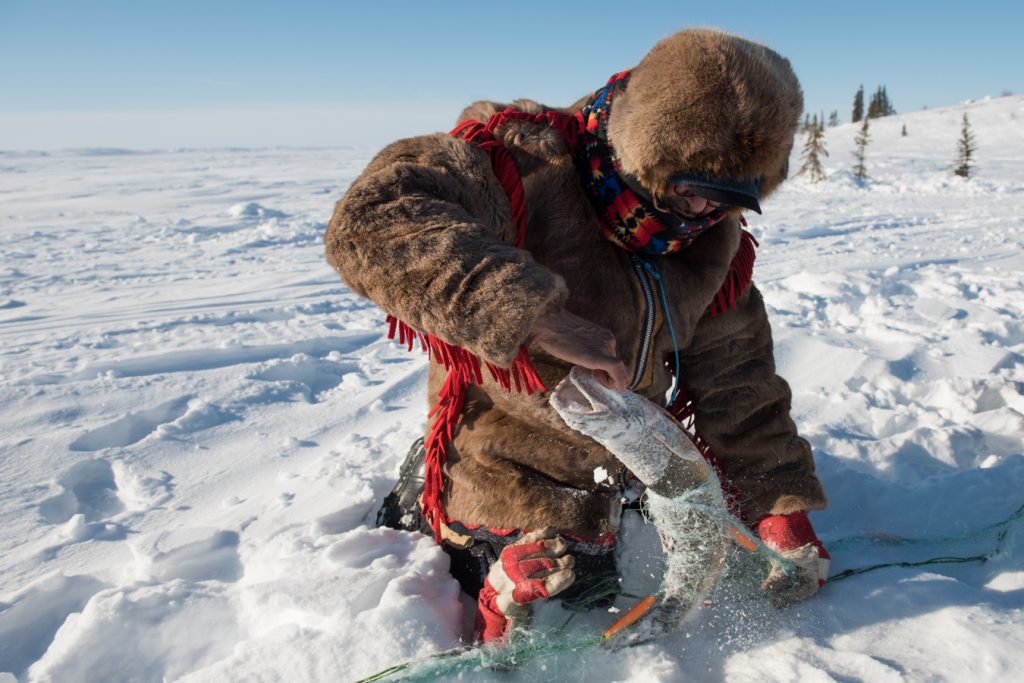 Elder JC Catholique pulling a trout out of a net. 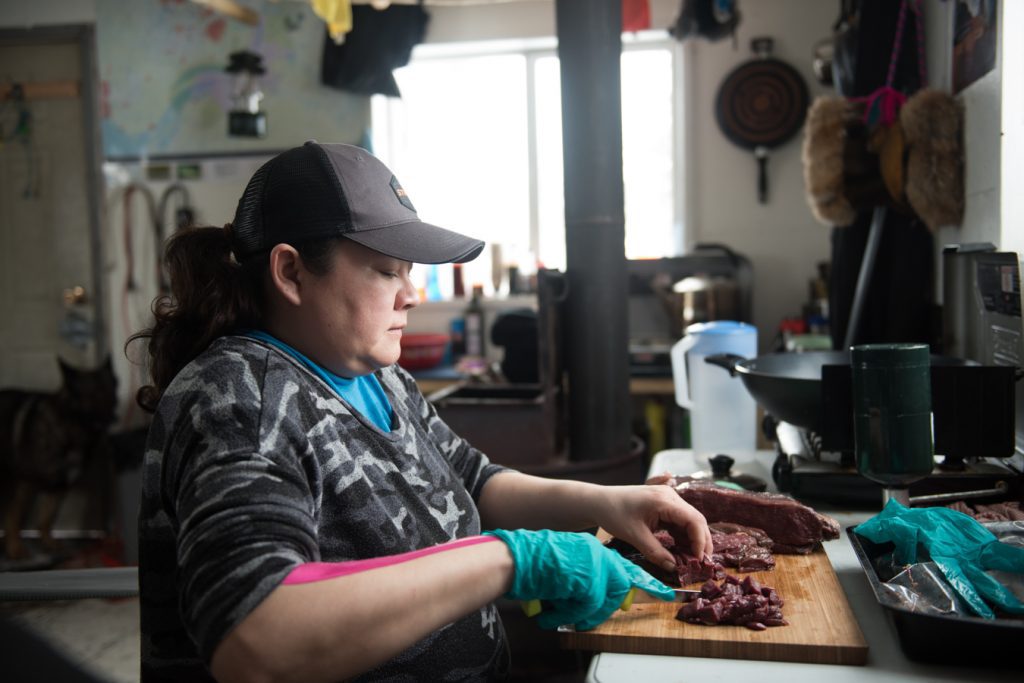 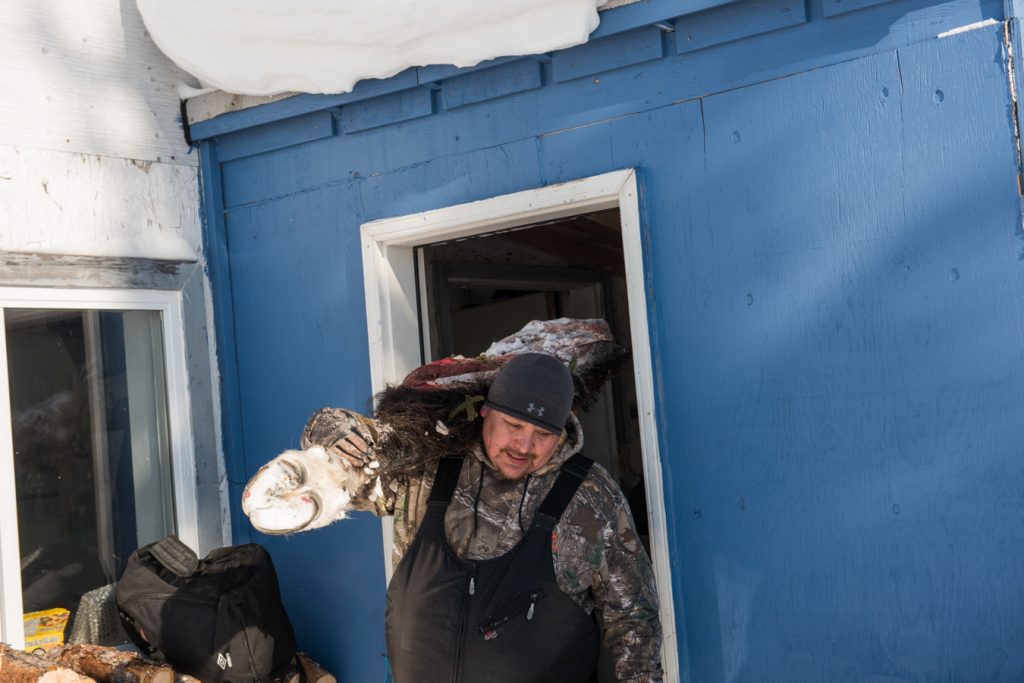 All photos taken by Pat Kane, and courtesy of Jess Dunkin.
Share this...