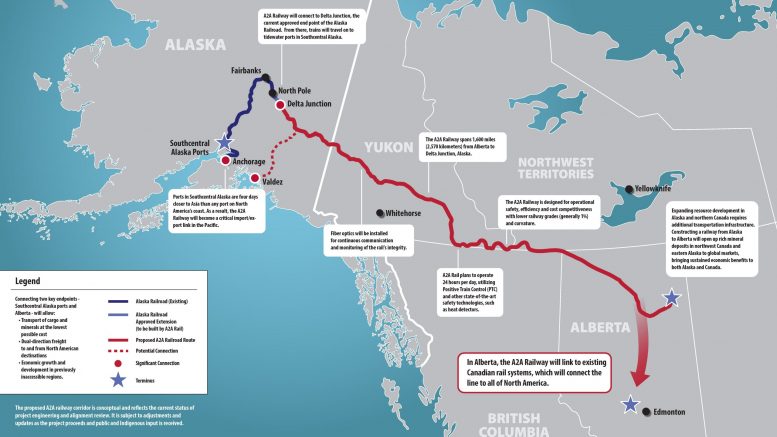 A map of the proposed railway from Alberta to Alaska. (Retrieved from the A2A Railway website).

The first nation recently sent a news release to “address rumours”, it says.

While it says it’s too early to speak to membership, ADKFN has had three meetings over the past year and a half with the project proponent, A2A Railway.

Leaders say these meetings have been “preliminary only”.

The current proposal would see a small portion of the railway go through ADKFN traditional territory.

According to A2A Railway’s website, the track would be for freight trains bringing goods to and from Alaskan ports.

It would also operate 24 hours a day.

The release reads, “ADKFN leadership sees it as a positive that A2A Railway recognizes that it needs to build relationships with the various Indigenous governments that may be impacted by the infrastructure.”

Leaders are also telling members that the project is still many years away.