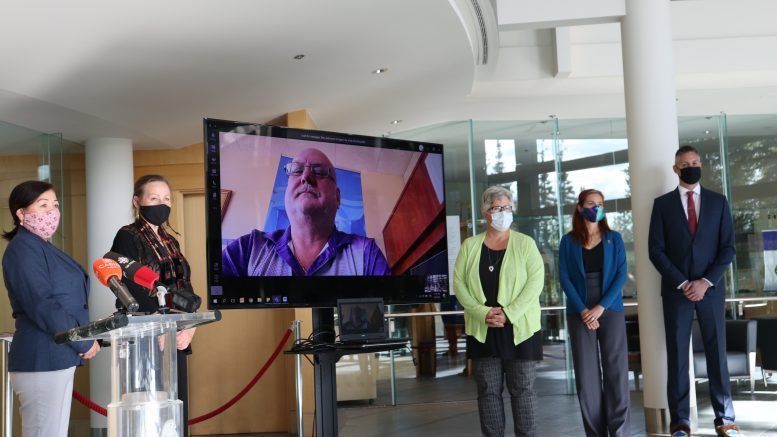 Premier Caroline Cochrane continues in her role as minister of Executive and Indigenous Affairs as well as leading the new COVID-19 secretariat role.

The COVID-19 secretariat, was established to ensure more responsibility and accountability could be dedicated to the pandemic, Cochrane explains.

She says the government’s initial response relied on multiple departments which “wasn’t sustainable.”

The majority of the two-year, $86 million budget will go towards wages for the 150 staff, as well as personal protective equipment, border patrol and other pandemic related necessities, Cochrane says. 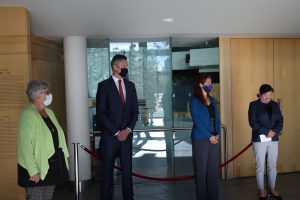 Green inherits the position in the midst of the worst pandemic in over 100 years, but Cochrane says she has faith in her new minister.

“We all agreed that minister Green is the best fit for this,” Thom says.

Green says she asked for the health portfolio and believes her previous experience qualifies her for the position.

Green also serves as minister responsible for Seniors and Persons with Disabilities.

Thom continues as deputy premier and serves as minister of Infrastructure.

Thom says she looks forward to her new role and the large projects that will now be under her jurisdiction.

The department of Infrastructure has been previously criticized by Indigenous leaders for it’s procurement process. Thom acknowledges this has been a contentious subject and says it is something she will examine

“I think that’s important, that is one of the many areas we need to look at,” she says.

Caroline Wawzonek maintains her position as minister of Finance and minister responsible for Status of Women.

But she was tasked with another large portfolio, taking on the position of minister of Industry, Tourism and Investment (ITI). This was the portfolio that belonged to the recently ousted minster, Katrina Nokleby.

The lack of information provided to the public prior to Nokleby’s official removal was something the government faced criticism for.

However, Cochrane defended her response as she says letting the public in on every discussion before a decision is made, can lead to the spread of misinformation.

“There’s a time that people have to be able to process information,” she says, “once they come to a decision that is when they need to go public.” 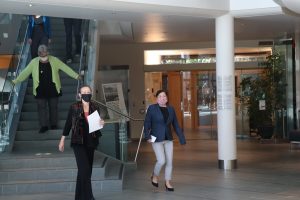 Wawzonek says she is excited for her combined responsibility of ITI and Finance, as she believes the two portfolios can work together.

“We have the department of finance that does the big picture economy,” she says adding ITI deals with the day-to-day aspects of the NWT’s economy.

Paulie Chinna holds onto the role of minister of Municipal and Community Affairs and minister of Youth. She is also the minister responsible for the Northwest Territories housing corporation.

Shane Thompson continues in his role as minister of Environment and Natural Resources, minister of Lands and minister responsible for Workers Safety and Compensation.

Jackson Lafferty resigns as MLA, says running for Tłı̨chǫ Grand Chief is his ‘next journey’