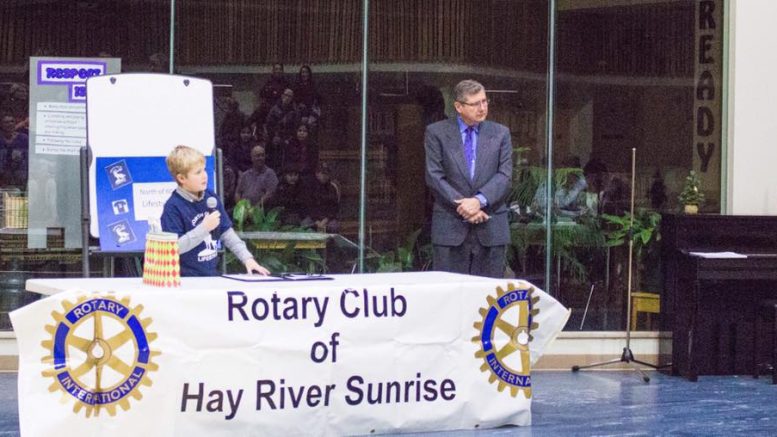 Deacon Tybring, a 13-year-old boy from Hay River has created a clothing line and a business to call his own.

Inspired by the show Dragons’ Den, Tybring thought it would be a “cool idea” to create a clothing business. 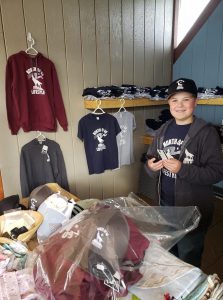 Deacon,13, at the Visitors Centre selling his products.

The North of 60 design features a wolf perched on a mountain top. The wolf design “symbolizes not just Hay River, but most of the North,” says Tybring.

Tybring recognizes that he’s doing something that many other people have tried before.

“The one thing you have to remember is persistence,” he says.

Tybring attributes his success and the birth of his business to his step-mom, Holly Tybring. He says she has helped with launching the business and bagging orders, among other things.

After winning the Rotary Club program for his business idea in 2016 and the $500 reward that came with it, Tybring was hooked on the potential of his new business. 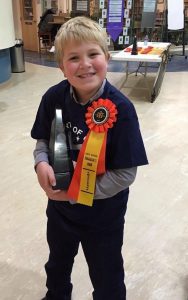 The greatest challenge has been trying to grow the brand, he says he hasn’t been very successful getting his products into larger venues.

Residents of Hay River can purchase, North of 60, products at the Visitor’s Information Center.

Peter Magill, tourism & economic development coordinator for Hay River says it is really encouraging to see a young person acting on what they want to do.

“He’s like an old soul trapped in a young body,” he adds.

North of 60 has been in the making for four years and has sold over 250 products, says Tybring.

Tybring and family are currently working to bring his business online and potentially to local retailers in Yellowknife.