Chris Stripdonk from Fort Simpson set a new record in the knuckle hop in Inuvik this past weekend. Mary Rose Blackduck/CKLB Radio

A new record for knuckle hop was set in Inuvik this weekend at the Arctic Winter Games Trials.

Chris Stripdonk from Fort Simpson, had an incredible run as he completed an entire lap around the East Three school gymnasium.

The knuckle hop is one of the Inuit Arctic Winter Games events. Competitors start in a push-up position, instead of using their hands they use their knuckles.

“People know me best for the knuckle hop,” Stripdonk said. “I’m a good athlete overall at these games. I set personal bests in all ten of my events.”

Impossible 200 feet 8 and half inches, Chris broke a record for knuckle hop

CKLB Radio asked Stripdonk what’s going through his mind while punishing his body in such an event.

“It’s hard to breathe when every muscle is tense,” Stripdonk said. “Trying to hold yourself up is tough as your core is so tight, but you got to get those breathes in if you want to travel a long distance.” 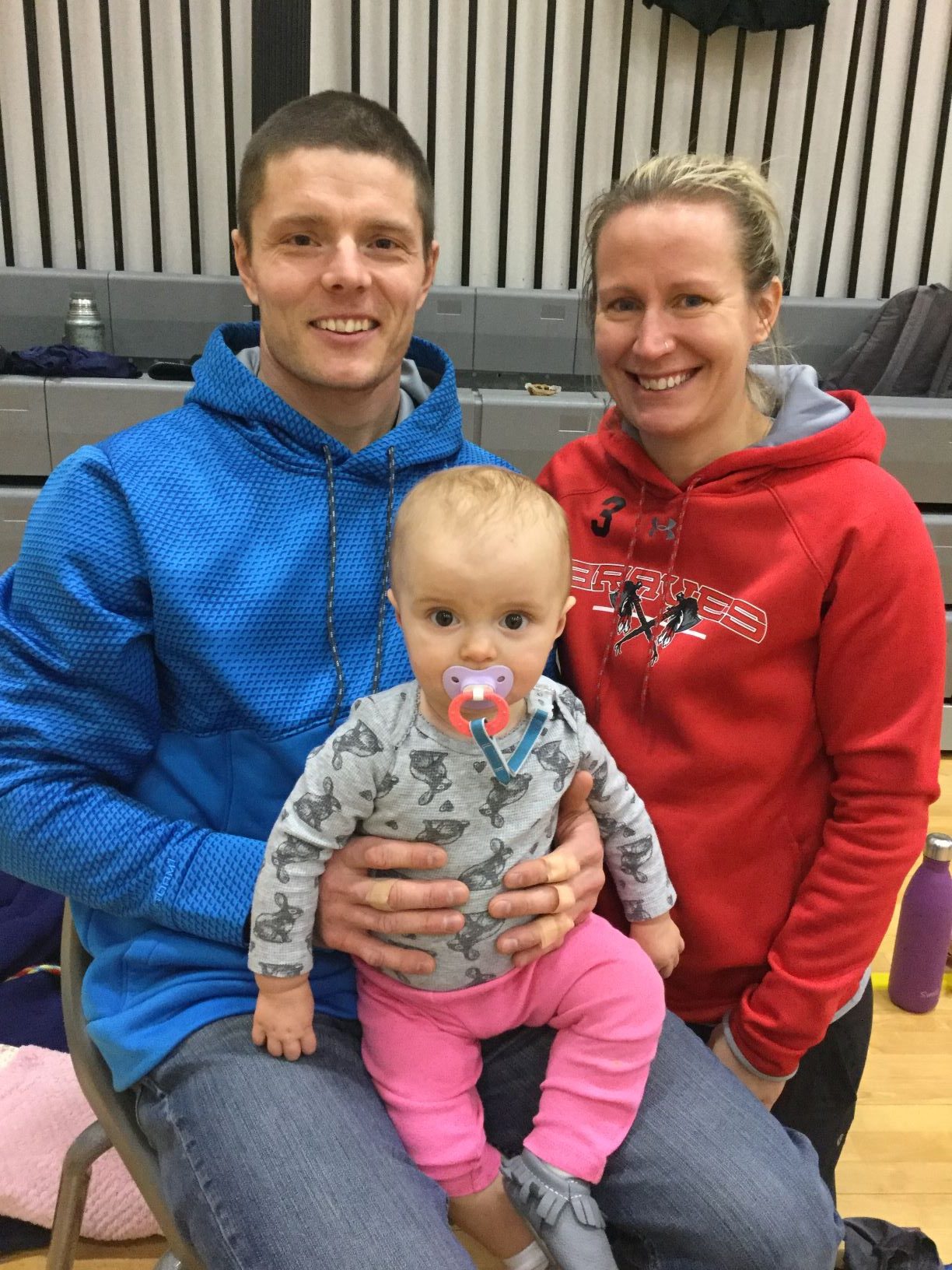 Stripdonk hopped as far as he could on Saturday, touching the floor with only his toes and knuckles, setting the new record of which measured 61.16 metres.

“I made the NWT team,” Stripdonk said. “I broke the record, I’m in a very happy place right now.”

The Arctic Winter Games will be held in Whitehorse in March.