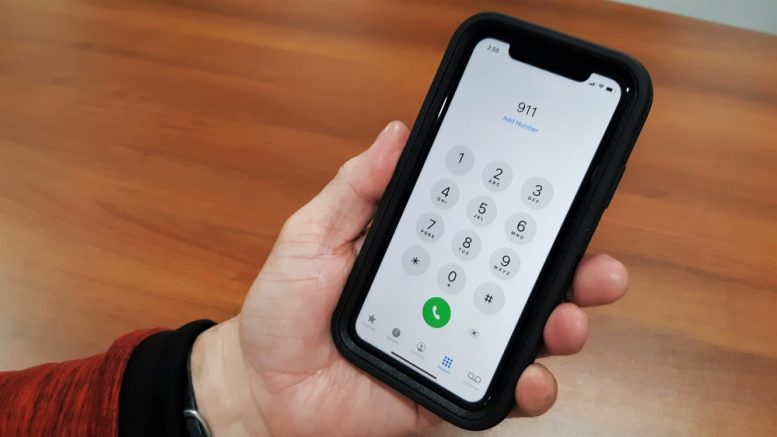 There have been over 750 calls to 911 in the first two weeks since the emergency number launched at the start of November.

But many of those were people and companies testing if the number worked.

Ashley Geraghty is the 911 program manager under the Department of Municipal and Community Affairs.

He says those tests calls are legitimate because he wants to know if cell phones and company lines aren’t getting through. Rather than clog up the emergency lines, you can call 1-867-767-9115 to test the line.

Prank calling 911 is illegal, so far Geraghty says there’s only been one case he called “vexatious” and it’s been dealt with.

As of November 15, there have been 104 emergency calls for police, 30 calls for ambulance and one for fire.

So far, Geraghty says there have been more calls coming from the communities than the City of Yellowknife.

With that being the case, one of the difficulties the new service is dealing with is how to offer help when no first responders are available due to the remoteness of some calls.

Geraghty gives the example of how to tell someone to move a person who hurt their back without making it worse.

“Those are the kinds of weird self-rescue and remote-rescue protocols we’re having to develop ourselves,” he says.

Geraghty says there’s an ongoing education component around 911. For example, he reminds residents to just call the number in case of real emergencies, and if you do, then to make sure you give accurate information for location.

Unlike in the south, the NWT version of 911 can’t track a caller’s location—yet.

“We’re not the people you want to give the wrong information to in an emergency,” he says.

Finally, Geraghty says dispatchers have been receiving an alarming number of calls from people who are considering or have attempted suicide.

“That was one of the unknowns when we went into this. We expected to get a volume of callers… but we were expecting more along the lines of people just reaching out to get connected to the help number or non-critical,” he says.

Unfortunately, that has not been that case.

“All the people who have reached out so far have been critical and those are terrible calls. As we always say, please reach out before you get to that point.”

In the days leading up to the launch of 911 on November 4, there were multiple news stories that mentioned interpretation services would be based on availability.

Right now, Geraghty and his team are still trying to get interpreters to be more or less on-call, but that randomness of the calls makes it difficult to plan.

For now, he says dispatchers have a call tree that includes first responders in the community and other public figures who could provide unofficial interpretation, if need be.

So far, he says that hasn’t been the case.

“Hopefully between all the different ways we have to get service to people that we don’t ever have the worst-case scenario.”


NWT Bureau of Statistics says employment in the NWT rose by 200 workers causing unemployment to jump to 11.3 per cent.