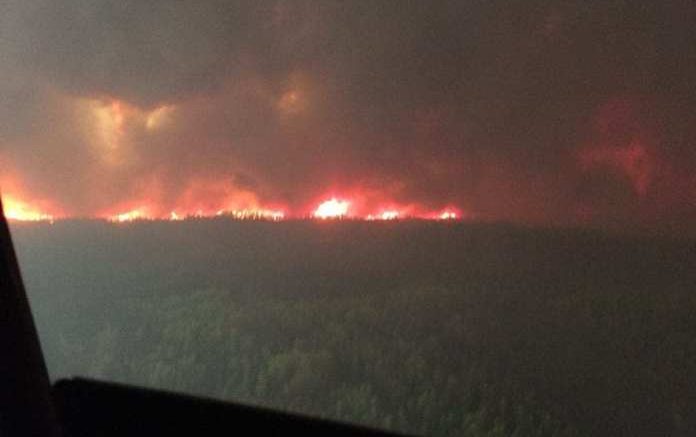 This photo of a fire near High Level, AB was taken late in May

The Government of the Northwest Territories says a public health advisory due to wildfire smoke has now been lifted.

The territory’s acting chief public health officer had issued the advisory on Tuesday.

The air quality index has improved since earlier in the week.

It had deteriorated due to wildfire smoke for fires in Northern Alberta.

Those stubborn fires, burning for about a month now, are reportedly on the verge of crossing into the NWT, if they haven’t done so already.